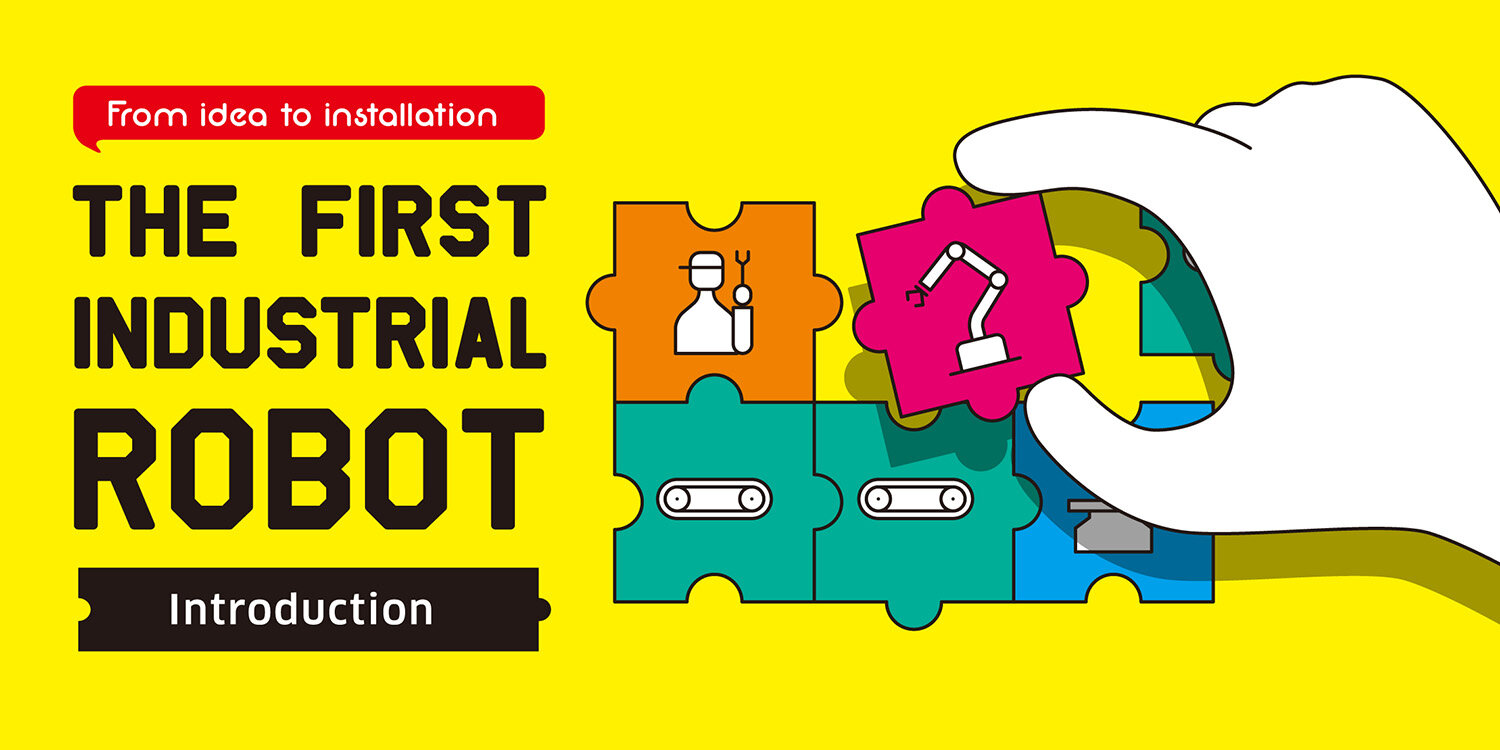 From Idea to Installation How to Implement Your First Industrial Robot

Industrial robots were born to perform laborious tasks for humans, including repetitive, dangerous processes and handling heavy objects, among others. Initially, robots were implemented for the automotive industry, but they have since expanded to others, including machinery and appliance manufacturing, agriculture, forestry, civil engineering, medical/pharmaceutical, food, and cosmetics industries -- and more. Robots have proven to be particulary useful for lines with short product cycles, small-lot production of goods, and mixed-quantity production. As these needs are increasing, robots'abilities are expanding. Expectations are growing for industrial robots that can be flexibly introduced whenver and wherever a company needs them.

But when it comes to actually implementing a robot, a lot of questions arise. "What tasks can you leave to the robot?" "What steps do I need to take?" "Who should I talk to in the first place?" Here are some of the best ways to take industrial robots from concept to reality.

You're starting at square one: No robots have been introduced yet. You are interested in automation, but not sure which tasks to automate. In the beginning, it can be difficult to judge whether a particular task can, or should, be automated or not. In this situation, there are resources to give you peace of mind when introducing a new robot system. In many cases, a specialized engineering firm called Robotic System Integrator (robot SIer) is responsible for planning, designing, and deploying robotic systems. In general, the SIer interacts between the user and the robot manufacturer, acting as a connection between them, and leads the way to the system installation. Kawasaki is a valuable robot maker that can even play the role of a robot system integrator.

Let's take a look at the flow from the introduction of robots to installation. (An example of a basic flow is shown in Fig. 1.) In the early stages, the system integrator will conduct preliminary meetings and field observations to gain a better understanding. It's important to know what the end users are looking for and what's going on in the industry, as well as basic requirements like budget, schedule, cycle time requirements, specs, variety, workspace, etc. Building a robotic system is a collaborative effort between the end user, system integrator, and robot manufacturer, and a thorough understanding of the requirements is essential for success.

Next, you need to understand whether or not automation should be used. Robots are better at some tasks than others. For example, it is easy to accomplish repetitve tasks that require high degrees of accuracy, or dull, dirty and dangerous jobs that aren't ideal for humans to execute. But when it comes to complex applications requiring human senses such as sight, delicate touch, smell, and taste, extra equipment and sensors may be required, which can make a system more complicated and expensive. It is important to consider whether a robot is really suitable for the process you're thinking of automating, and whether a robot can demonstrate its power, productivity and cost-effectiveness.

After narrowing down the processes to be automated by the robot, work elements are disassembled in a way that makes sense for the robot. For example, a person might think of a task the following way: Remove the screw and place it on the product on the jig. When you finish tightening, put the finished product in the next box. But in the case of a robot, it is necessary to subdivide each task:
Step 1: Remove the screw
Step 2: Place the product on the jig
Step 3: Place screw in the designated location
Step 4: Tighten screw
Step 5: Pick the finished product
Step 6: Place finished product in box

At this point, it's easy to overlook the details of the human worker's movements. For example, turning the parts inside out when placing them on a rack, visually checking the product for foreign objects, or tapping the surface to check the sealing performance are all simple but important movements. Once a robot is made to do the detailed work that the workers are doing almost subconsciously, it is necessary to construct a system not only for programming each and every operation but also for linking the tools used and the processes before and after.

At the same time, it is essential to create an environment in which robots can operate.
For example, if there is no storage space for equipment needed before and after the automated process, there is no problem in the operating space of the robot itself, but the process could be delayed. It is very important to design while imagining not only an automated process, but also keeping in mind a realistic process flow such as whether this equipment is smoothly linked to the tasks that come before and directly follow that process. This requires a macroscopic perspective with a bird's-eye view of how to smoothly pass complex elements such as workers, robots, parts, products, space, and time from upstream to downstream.

Once the details of the system are established from start to finish, risk assessment is conducted based on the basic design. Once the safety of the robot is confirmed, it goes into the manufacturing and programming of the robot system.

After the design drawing of the entire robot system is completed, it goes through manufacturing, testing, delivery, and installation, and then proceeds to the phase of production operation. But even with a successful deployment, the job of a robot manufacturer or system integrator isn't over. The company has a long relationship with the end users that use the system, including regular inspections, customer support, and assistance if failures occur. Kawasaki Heavy Industries has a dedicated call center to answer any questions end users have after installation. There is also a 24-hour help desk for problems that arise outside of business hours. Another reason for Kawasaki's popularity among users is their extensive follow-up and customer service.

There are many reasons why customers choose Kawasaki as a partner in the introduction of robot systems. One of the reasons for this is that, as a company that started as a manufacturer and has deep roots in this industry, it is fully equipped to support the introduction of robots to customers. For example, the Nishi-Kobe Plant has one of the largest robot showrooms in Japan. There are vertical articulated robots, parallel link robots, clean robots, and even duAro cobots and Successor systems. In the showroom, you will see work environments replicated for each robot type, such as welding, painting, and sorting lunch boxes on a production line.

Many users want to implement robots to help combat labor shortages. Or, they may want to increase production efficiency and diversify their product line. Another common reason is to prevent human error and improve product quality, or protect workers from harsh and dangerous work. Every company has its own incentive to think about robots. Industrial robots are certainly the best solution for these problems, but replacing humans and robots is not enough. There's no such thing as a robot without a professional standing by and supporting from the beginning to the end. Automation systems can only run smoothly when they have both robot system integrators and robot manufacturers.

Industrial robots cannot work by themselves. They need to connect to peripheral equipment such as grippers and vision systems so the whole system can work. In order to smoothly connect devices made by the various manufacturers, it is necessary to connect and link the respective software types. The K-AddOn platform was launched by Kawasaki to speed up the time it takes to connect the robot to its peripheral equipment and help ensure a smooth deployment. By opening the interface of industrial and collaborative robots made by Kawasaki Heavy Industries to peripheral equipment manufacturers, the robot system integrator and end user can reduce the verification cost of equipment connection required at the time of installation.