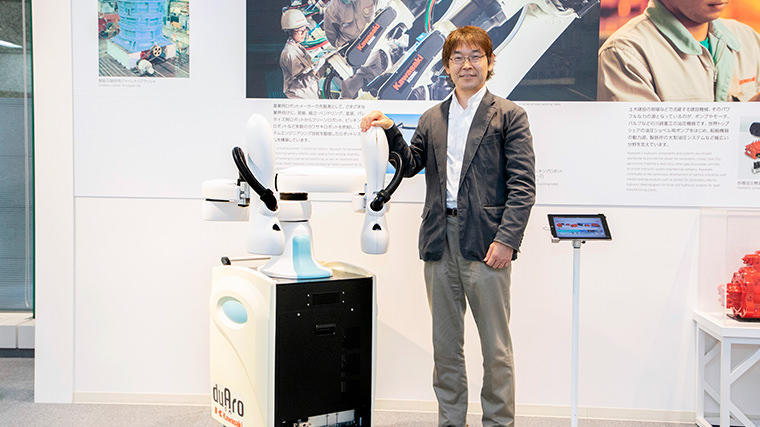 There are only two years to go until the opening of the 2020 Tokyo Olympic and Paralympic Games, and preparations are in full swing. There is also another big international event which will be held in Japan around the same time that should not be forgotten.

The WRS’s aim is “to promote a world where robots and humans successfully live and work together” and various programs such as robot competitions and showcases of the latest technologies are scheduled. Especially, in the highlight of the robot competitions, the best robots around the world will take on difficult challenges. Like the Olympic Games performed by humans, audiences will be able to see exciting competitions.

The competitions of the WRS consist of four categories: Industrial Robotics, Service Robotics, Disaster Robotics, and Junior. In the Industrial Robotics Category, industrial robots will take on a quick product assembly challenge. In the Service Robotics Category, there are two challenges: the Partner Robot Challenge relating to housework, and the Future Convenience Store Challenge to automate the operation of convenience stores. The Disaster Robotics Category presents challenges concerning regular inspection in plants and lifesaving in a tunnel disaster, etc. And the Junior Category is a program for children age 19 and under.

The first competitions will take place in October 2018 prior to its full-scale competitions in 2020. Here is an interview with Yasuyoshi Yokokohji, the Professor of the Department of Mechanical Engineering, Graduate School of Engineering at Kobe University, who serves as the chairman of the Industrial Robotics Competition Committee. He talked about the outline of the WRS, the background of hosting the event, and his thoughts on the competitions that will be held next month.

What is the World Robot Summit? 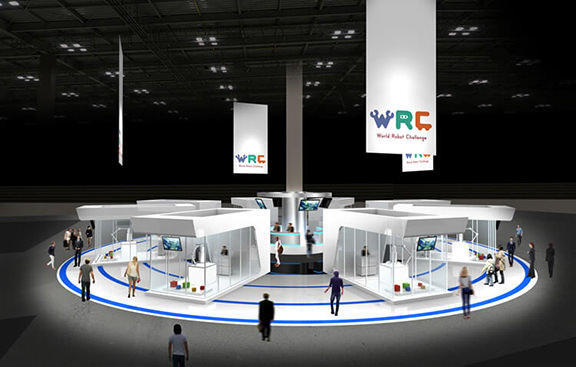 The WRS 2018 will be held at Tokyo Big Sight this year from October 17 to 21. It is a big event where intellects of robotics gathered from around the world will face off in competitions (World Robot Challenge) and will be showcased (World Robot Expo).

This event aims to promote the application of robotics in the rapid aging society. Today, Japan faces the issue of a rapid aging population. As the working-age population will be steadily decreasing, the improvement of productivity in various fields is essential to maintain the society of Japan. Thus, further use of robots is expected to complement labor shortages and drive its economic growth.

In May 2014, Prime Minister Shinzo Abe made a statement on new industrial revolution with robots (Robot Revolution) during his keynote speech in the OECD Ministerial Council Meeting held in France. He disclosed his plan to further promote the application of robotics to improve productivity in manufacturers and the service sector and to make the country a showcase of the utilization of robots.

To make the Robot Revolution happen, the New Robot Strategy was released in January 2015 and presented its three main ideas: (1) the global base for robot innovation - drastic reinforcement of robot creativity in Japan, (2) World‘s leading society maximizing robot capacity - realization of daily life with robots, and (3) the world‘s leading strategy for robot era. In this perspective, hosting the WRS is set as one of its specific measures of this strategy. 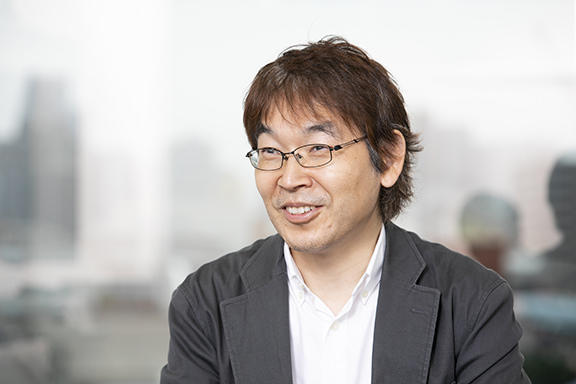 “The major goal of the WRS is to accelerate the social implementation of robots. The goal for the Industrial Robotics Category which I am involved in is to consider, through competitions, how robots should be 10 years and 20 years from now. We need to further improve the versatility of robots to be used by anyone and hosting the WRS 2018 is its first step.

Challenges for the robotics industry in Japan 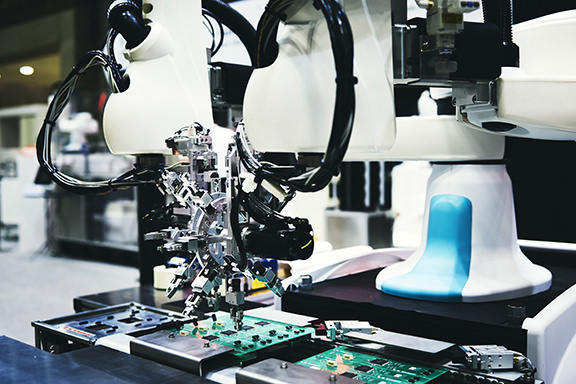 Although Japan is called, a “Robot Kingdom”, currently the widespread adoption of robots is seen mainly in large mass-production factories. As the labor shortages worsen, application of robotics will be required for fields where humans traditionally have handled tasks.

However, it is said that the barrier against robot implementation is still high for most robots at the present moment. 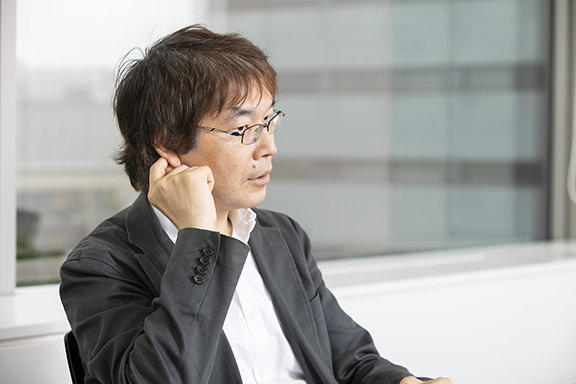 “Many robots of today are not available as a stand-alone product. On-site integration is essential, which makes the utilization of robots difficult for smaller companies. The integration cost often accounts for a large part of the implementation cost. Ideal robots are ones that can be used right after purchase and ultimately can easily be operated in any manufacturing site based on the information of products to be assembled,” said Professor Yokokohji.

Although Professor Yokokohji has continued his study for a long time as a robotic hand specialist, he said that it is still difficult to create highly versatile and nimble robotic hands like those of a human. Lack of versatility and ease of use is a common challenge that needs to be addressed among many robots including robotic hands to be widely implemented.

“I often explain how difficult the system integration is, using radio and cassette players and audio systems as an example,” added Professor Yokokohji.

“Radio and cassette players just need to be plugged in to use it. But an audio system is required to combine several components such as a CD player and speakers based on technical knowledge. Current robots are just like an audio system for enthusiasts. Like radio and cassette players, one-switch operation would be ideal for robots to be widely used. An easy assembling system that anyone can put together for the purpose of their use is at least necessary.”

Professor Yokokohji focuses on “Agile and Lean” as a keyword to achieve the ultimate goal. The competition for the Industrial Robotics Category is designed to promote the development of agile and lean robots.

Participants will work on assembling a belt-drive unit shown in the photo below in the Industrial Robotics Category of the WRS 2018. 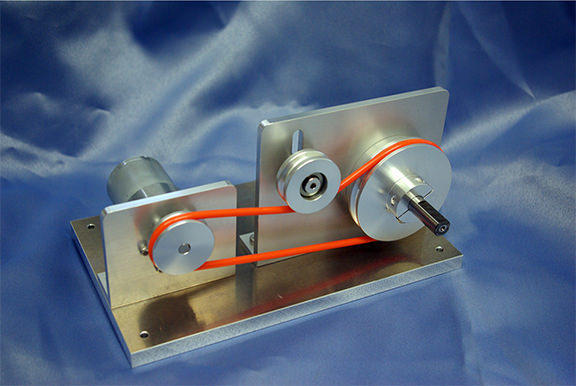 This belt-drive unit assembly is a highly sophisticated operation for robots. Current robots are operated based on position control. However, soft and flexible parts such as belts are easily squished by grabbing, so finely tuned handling skills are required. 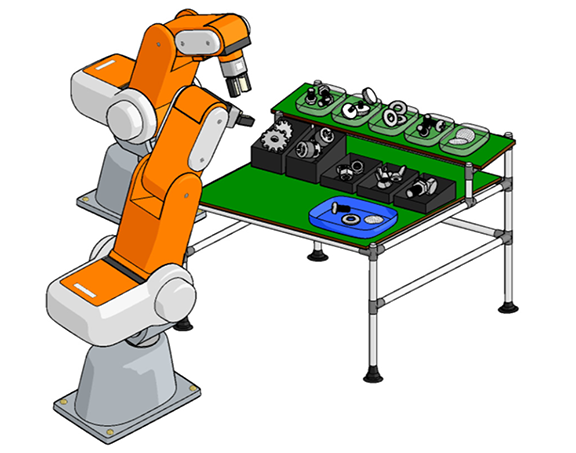 In the competition, robots will first work on the “Task Board” where parts will be assembled in the designated locations on the task board. This will assess their elemental technologies required for the assembly. In the next step, “Kitting”, necessary parts will be selected and laid out in a part-kitting tray. Lastly, robots will be engaged in the belt-drive unit assembly on the work table as illustrated above.

Also, “surprise parts” will be announced just before the competition starts. It prevents advanced preparation for robot movements and jigs and requires agility for on-site response. The judges evaluate “agile and lean” operations during the assembly and their points are added to the total score. Therefore, robot systems have to be highly versatile to achieve a high score.

Some robots used for the competitions are industrial robots provided by sponsor companies such as Kawasaki Heavy Industries. It is one of the highlights to see robots that currently operate on the front line take on the challenge.

As explained, the level of challenge is very high and how each team addresses the challenge is worth watching.

To make the robot revolution happen 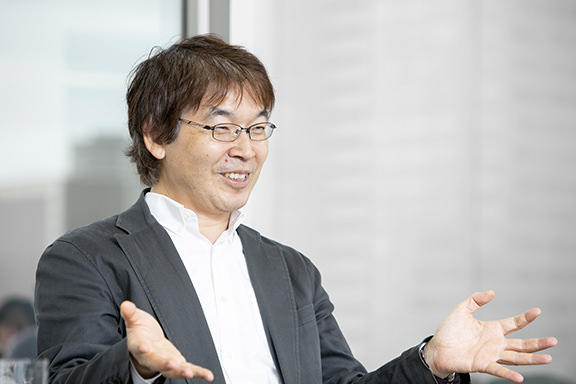 Professor Yokokohji looked back at the past robotics industry and pointed out that the cooperation between industry and academia was insufficient.

“Researchers tend to pursue interesting things, while the industry could not be satisfied only with theories because they are looking for something useful in the real world. So, as researchers, it is something we must reflect on. Today, the cooperation between the industry and the academia is inevitable to address the challenges for the future. Combining the steady system of the industry and innovative ideas from researchers well will create incredible robots. We will drive the cooperation to make innovation happen,” told Professor Yokokohji.

Furthermore, Professor Yokokohji has a high expectation for the WRS to provide this spark.

“The slogan of the Industrial Robotics Category is ‘to aim at agile one-off manufacturing’. Today one-off products are often made by humans. But our goal is to create a robotics system adaptable even for one-off products by quickly reconfiguring the system.

This challenge may be difficult to be addressed within 2020. However, this effort will help expand the field for robotics application in manufacturers. So, we will pursue the ideology of the next generation of manufacturing through the competitions of WRS,” concluded Professor Yokokohji.

Today, robotics is in the midst of a major technology shift such as in autonomous systems and networking, and the United States and China have increased their presence. Amid the domestically and globally growing interest in robotics and the evolving environment surrounding robotics, the future society where robots are widely used is just around the corner. The WRS may provide opportunities to experience such a near future. Visit the WRS 2018 and witness the works performed by robots which may play an important part in future society.