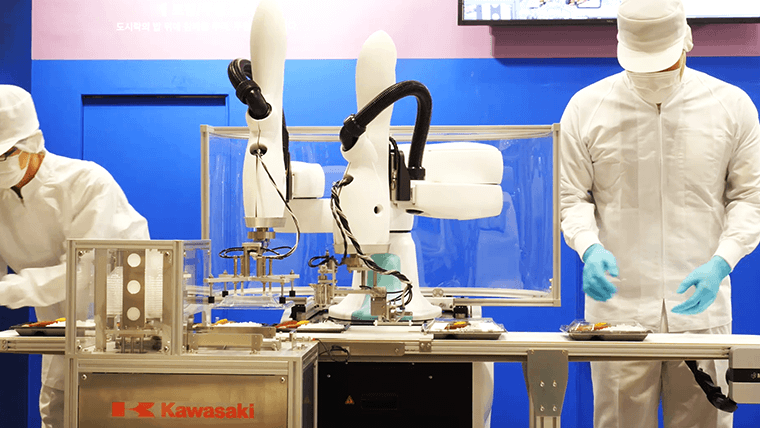 Robots Are Not Part of Our Lives? They Are a Lot Closer Than You Think

When you hear the word “robot,” what comes to your mind? Did you think of Softbank’s human-shaped robot, Pepper, or Sony’s pet robot, AIBO? Or maybe even the cleaning robots, mainly represented by iRobot’s Roomba? With Japan’s trend in declining birthrate and rising aging population, expectations toward livelihood support robots are increasing.

In recent years, we often see robots even in our daily lives. Because of that, it may seem that robots have started to develop just recently. However, robots have actually been playing an indispensable role in the industrial world for a long time. These robots are called “industrial robots”.

Industrial robots were introduced due to the severe lack of manpower during the rapid economic growth period. Since then, Japan has become a country with the world’s biggest number of robots in operation. By the end of 2015, Japan had 286,554 industrial robots in operation (*1). Industrial robots are mainly implemented in the manufacturing industry. They support the manufacture of cars as well as various electronic devices such as smartphones and personal computers. Today, robots are introduced to resolve the lack of manpower in the untraditional industries: food, cosmetics and medical goods. For these industries, the operations have long been said to be difficult to automate. For example, the process of packing a lunchbox was used to be hard for robots because food shapes are irregular and therefore hard to detect by robots. In these days, with advanced technology, the development of robots that can perform lunchbox packing is currently in progress. Even though we don’t see them directly, robots are closely related to our lives through the products around us.

*1) Japan Robot Association: "Robots in Operation Around the World" 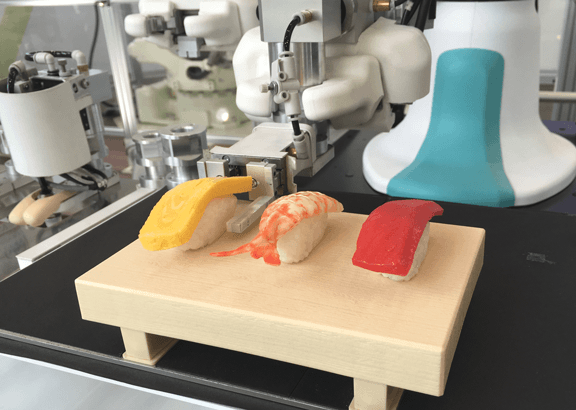 The increasing roles of robots

Long working hours and a decrease in the workforce have been severe societal problems in Japan. In order to solve these issues, the Japanese government and companies have started promoting “Work Style Reform”, which advocates concepts like a suitable balance between work and private life. In this sense, robots can work long hours maintaining speed, accuracy, and productivity without getting tired or bored.

According to a joint survey by Nikkei and Financial Times, 30% of roughly 2,000 occupations performed by humans can be replaced by robots. If you focus only on Japan’s market, about 50% of jobs are said to be potentially automated, which is the biggest percentage among other major countries in Europe, America, China and India. If the fields for job automation expand, jobs that robots can perform also widen. Because robots can be perfect solutions for the social problems of workforce, the days where robots become your colleague may not be so far away from now.

What kinds of robots are there? 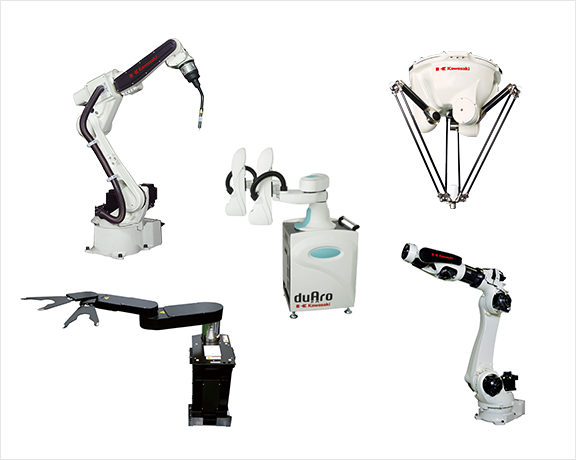 Even though they are all called robots, their types have wide variety. The human-shaped as mentioned earlier is called a "humanoid robot", with some of them having the ability to hold conversations with humans and read human emotions. Robots that are used in manufacturing processes vary from large ones that carry car bodies to small ones that perform sensitive operations with semiconductor parts. Their shapes and sizes are different depending on their application such as welding, painting, transportation, and so on. In the medical industry, surgery assistant robots support surgeries such as endoscopic surgeries and wearable robots help people with walking difficulties walk. In a harsh environment for humans such as space, orbital crane-type robots and lunar exploration robots are playing an important role for exploratory activities. 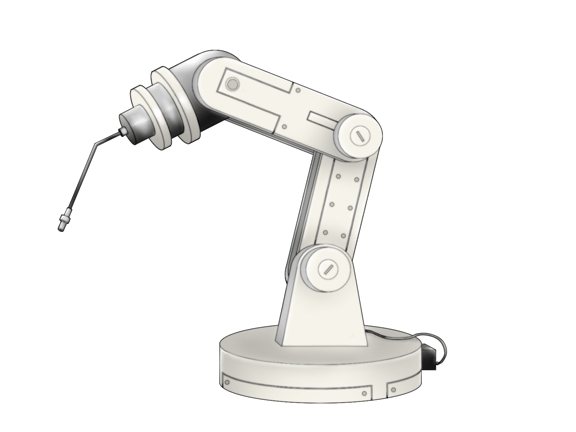 As it sounds obvious from the name, industrial robots are mainly used in factories for assembling vehicles and electronic devices and carrying parts of all sizes. The robots that perform welding, painting, and handling are absolutely indispensable in these manufacturing processes. Industrial robots are traditionally installed to perform jobs that are hard, dirty, and dangerous so that they can replace humans for these jobs. These days, robots are working for the jobs that require sensitive and clean operations mainly in the medical and precision machinery industries. 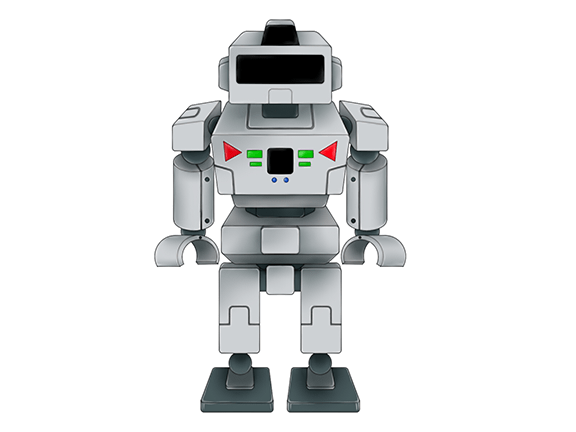 While industrial robots specialize in manufacturing processes, non-industrial robots’ fields are much closer to our lives. For example, medical robots for surgery assistance and walking support do not work at factories but work at our neighborhood such as hospitals. This category includes service robots such as pet robots and communication robots. As the technology advances, new kinds of robots continue to be developed and their fields will keep expanding.

How humans and robots are different? 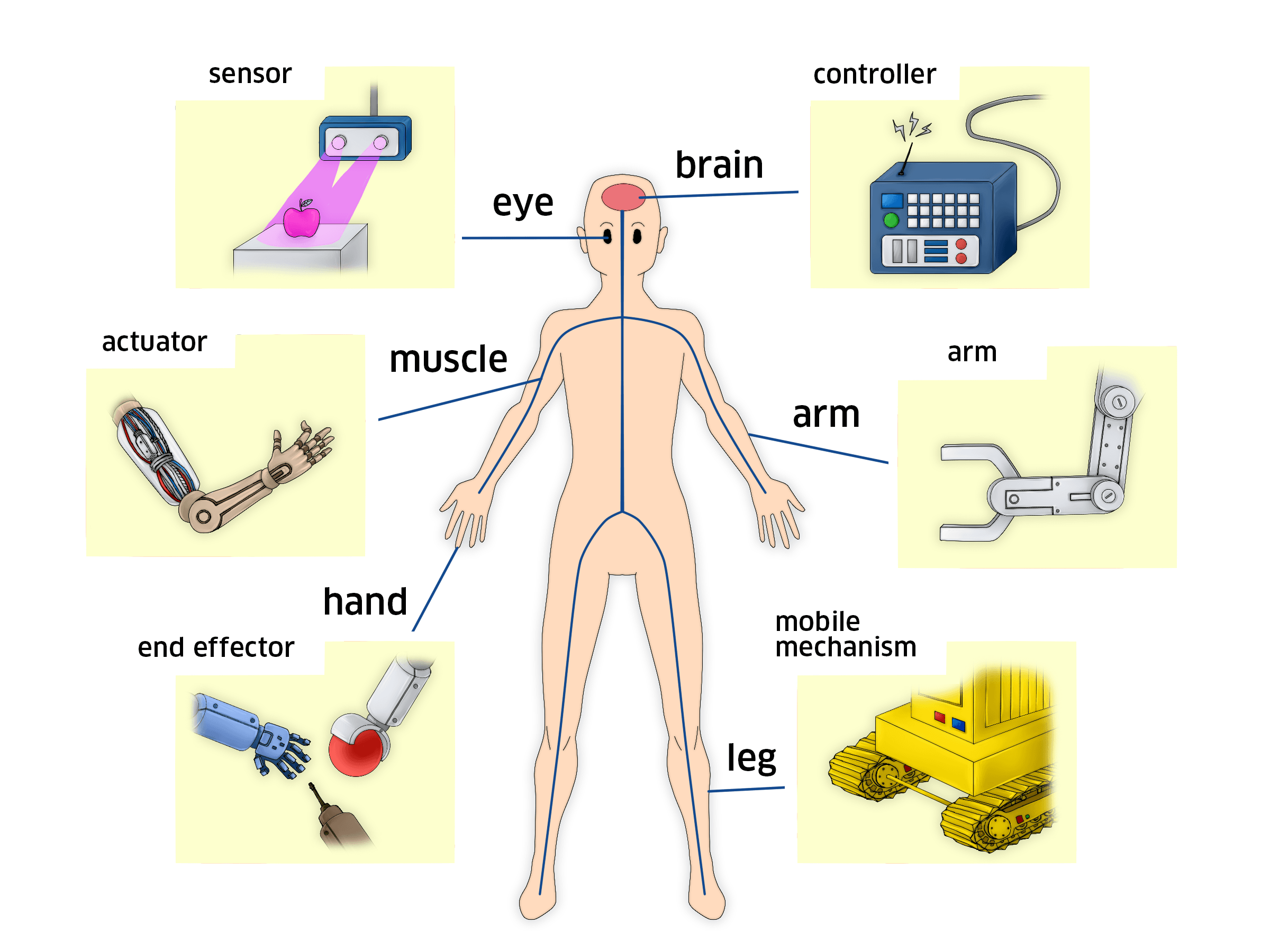 Comparison between humans and robots

Robots can function the same as, or sometimes even better than, humans. In what way, are robots different from or the same as humans?

Robots consist of several units that have similar functions of a human body. A controller works as robots’ brain; it sends orders to robots’ body how to function. Robots’ arm, actuator, hand effector, and migratory system acts as humans’ body. Sensors of robots have the same function as humans’ eyes and touch sensation.
Although robots have parts that have the similar roles of human body, there is one significant difference: robots do not have a will of their own. While humans think and act on their own will, robots act based on the programmed data, or orders, given by humans.

Let’s take a look at more tangible differences between humans and robots with an example of manufacturing processes. Let’s imagine the situation where there is an item on a conveyor belt that needs to be picked up. Humans use their eyes to notice the object on the conveyer, confirm its position, and pick it up. In case of a robot, it will use its visual sensors to check the object and its location, then receive orders from the controller to the arm, and then pick it up. If an item accidentally drops off from the conveyor belt, humans can find the dropped item and pick it up. Robots on the other hand can only operate according to the programming given, so they cannot handle irregular, or un-programmed, situations like this case.
Even though they are not good at managing unexpected situations, robots excel in repetitive operations, allowing them to perform standardized operations with speed and accuracy. Robots can be excellent staff by maintaining their performance great with steady quality and productivity without getting influenced by the work environment, physical conditions and emotions.

Hand in hand with robots 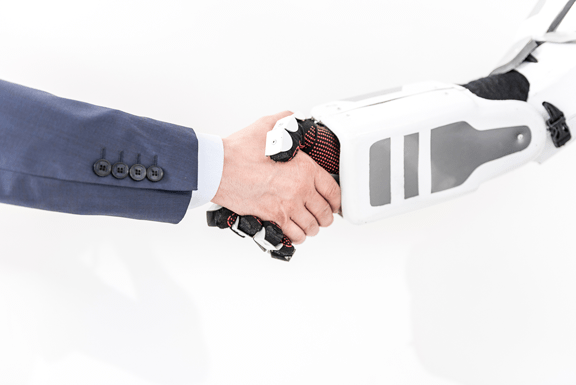 Since their birth, robots have been developed along with significant technological growth along the times. Thanks to the fusion with the recent artificial intelligence (AI) developments, robots are now more efficient than ever and they continue to evolve at a staggering speed. Until now, robots have been supporting the industrial world from behind the curtains. They will continue to widen their application in various industrial fields and even support us in our livelihood. It is impossible for us to imagine future without robots. We will embark towards an age where we can live even closer than ever together with robots.