- The next generation duAro robot is designed to work alongside humans on material handling, assembly, machine tending and dispensing applications -

Kawasaki introduces the “duAro”, an innovative and collaborative robot, to the North American market to expand the breadth of applications that can efficiently and cost-effectively be automated with a robot. The dual-arm horizontal articulated robot has the flexibility to be applied to production lines with a short product cycle and frequent changeovers, and it can safely collaborate with humans in work operations. With a small footprint and low price tag, it offers robot automation possibilities to companies of all sizes.


The duAro is the first dual-arm SCARA robot to operate on a single axis and features a payload capacity of 2 kg per arm. In addition to providing independent arm operation, the single axis configuration enables the robot to perform coordinated arm movements, much like a human, making it ideal for applications such as material handling, assembly, machine tending and dispensing. The use of both arms in coordinated movements increases the robot payload capacity to 4 kg, allowing for the stable handling of larger parts. The duAro is easy to install and supports flexible deployment. The base on which the arms are placed is on wheels and accommodates the controller. This enables the user to move the robot together with its base to any location desired. As the robot is designed to be installed in a single-person space, it can be deployed without modifications to the assembly or manufacturing line, or fit into confined spaces.

Safe by design, the robot’s low-power motors, soft body, speed and shared work zone monitoring allow for the duAro to collaboratively work with humans. In the unlikely event of a collision, the collision detection function instantaneously stops the robot’s movement. The duAro robot is not only safe but it is also easy to operate. The direct teach function allows the user to teach the robot tasks by hand guiding its arms. In addition, the robot can be programmed using a PC or tablet terminal by entering numerical values indicating the direction and distance of each movement.

The duAro’s innovative design, collaborative operations, ease of use and deployment herald an era of new robot applications. To further support a wide range of applications, it delivers the first-rate ±0.05 mm repeatability of non-collaborative industrial robots without the costs incurred from safety guarding solutions required with their use.

Witness the dawn of a new robot revolution in which humans and robots collaborate to take manufacturing to new heights! 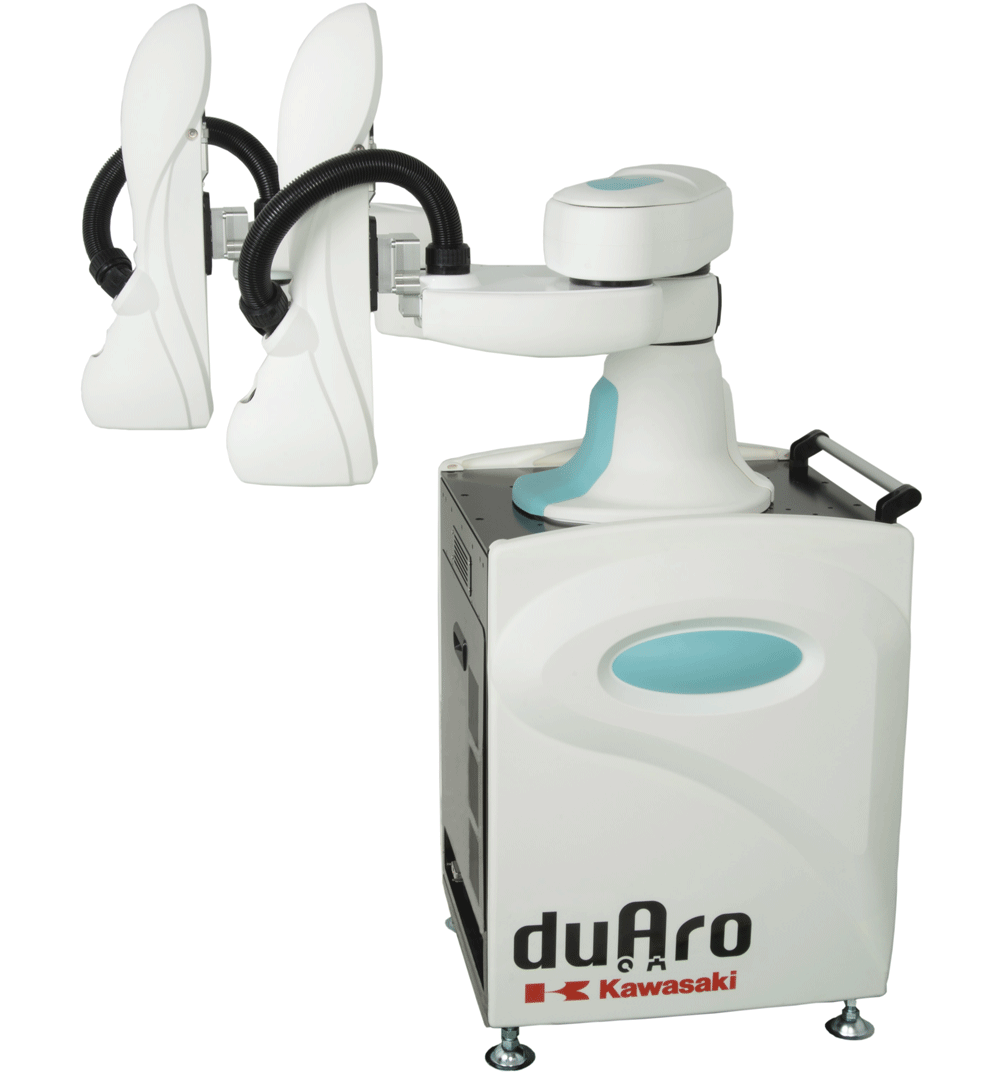